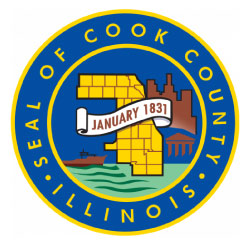 Cook County is an urban county in the upper northeastern section of Illinois that contains more than 800 local governmental units within its boundaries. With a population of approximately 5.3 million people, it is the second most populous county in the nation and the 19th largest government in the United States. Cook County contains 128 municipalities, the most well known being the City of Chicago – which is the County seat where its central o!ces are located. The City of Chicago and suburban municipalities account for approximately 85% of the County’s 946 square miles, while unincorporated areas make up the remaining 15%. As mandated by State law, County government has principal responsibility for the protection of persons and property, the provision for public health services and the maintenance of County highways.

Kairos worked with the County’s project team to understand, confirm and refine functional and business requirements. Kairos was also responsible for Change Management and training.

U.S. Department of the Navy

Where are you on your path to success?

Let's get started on solving for your business today. Contact us to set up a conversation.